Our practice is open during the current COVID-19 crisis.
We are available to discuss new & existing matters by video conference, telephone & email.
Click Here to Meet With an Attorney by Video Conference About a New Legal Matter. 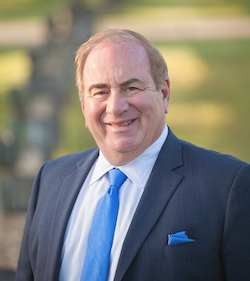 I was born and raised in Elizabeth, New Jersey where I graduated from Victor Mravlag School 21, Hamilton Junior High School and Thomas Jefferson High School in 1971. I loved baseball, Mickey Mantle, the Yankees and I played in the Elizabethport Little League.

In my junior year of high school, a friend showed me a catalogue from Ohio University in Athens, Ohio. I fell in love with the images of the campus primarily because it looked “like college is supposed to.”

So, in the fall of 1971, at age 17, a year after the Beatles broke up and with Rod Stewarts’ “Maggie May” on the 8 track tape deck, I went off to Athens, Ohio into an eye opening world that I had never before experienced.

At OU, I studied Political Science and took some interesting courses from some great professors. I met new people and learned about the Midwest and about the poor in Appalachia. My Ohio University experiences helped build my philosophy and values about justice and fairness for the vulnerable and less fortunate. I give a lot of credit to Professors Roger Schaefer, Sung Ho Kim, Ron Hunt, Jim Tilling, Dean McWilliams and Edgar Whan.

After graduation from OU, I moved to New England and went to law school in the sleepy little village of South Royalton, Vermont at Vermont Law School. I was a member of the third graduating class in 1978.

We began classes in July of 1975. The first case that we studied, as a class, assigned by Professor Gene Shreve, was a product liability case called Bertha Chisky vs. Drake’s Cake’s.

For a new school, we had very bright professors, drawn for the most part from the Ivy Leagues law schools. Most were only a few years older than us and they challenged us. I give credit to our late Dean, Tom Debevoise, who brought in these young professors and built a strong foundation on which VLS flourishes today. The senior professor who he signed as a “free agent” was Ralph Bischoff, age 72, who had to retire from NYU Law School due to his age. NYU’s loss was VLS’ gain as he brought a lot of experience and credibility to the school. Other fine professors were David Firestone, Peter Teachout and Stephen Dycus, and Ken Kreiling who are still teaching at VLS.

Law school was hard, but it gave me a model for problem solving and taught me how “to think like a lawyer.” I am very grateful for the wonderful education I received at Vermont Law School.

After graduation, I moved to Central New Jersey, took the bar exam and became licensed in the New Jersey State Courts and the New Jersey Federal Courts on December 6, 1978. I started my career doing insurance defense work, that is, defending cases brought by accident victims and I got a lot of trial experience in those years. I also learned how insurance companies and defense attorneys attack and evaluate the claims of injured people. I did mostly defense work for the first half of my career and then decided that I wanted to carry over what I learned to help people who were hurt due to the fault of others.

The professional accomplishment which I value the most is my Certification by the Supreme Court of New Jersey as a Civil Trial Lawyer. I suppose it is validation for my hard work, trial experience and recognition by our New Jersey Supreme Court, for which I have so much respect. I obtained it in order to demonstrate to my clients that I had the commitment to obtain a credential which they could value and to give them a competitive advantage in the handling of their case.

On the community side of things, I served as a Judge in the Vermont Law School Moot Court Competition, the Middlesex county Mock Trial Program and the Princeton University Mock Trial Competition.

My biggest accomplishment in life is my family. I am married and have three accomplished children. I live in Plainsboro and I have coached more than 35 seasons of recreational soccer, basketball and baseball for my kids and other children in the community.

I enjoy the challenge of helping people navigate the medical and legal process of a personal injury case. I enjoy working with medical professionals and using the medical evidence to prove an injury.

Client Reviews
★★★★★
I was involved in a motor vehicle accident. We were all alone, facing loss of income and mounting medical bills. Siegel & Siegel was the guiding light at the end of a long dark tunnel. We thank you. Jeanette K., Hamilton Township, NJ
★★★★★
I was involved in an auto accident. Gerald Siegel was always on target… and he always had my best interest in mind. Mike Vignapiano, Spotswood, NJ
★★★★★
With respect to my automobile accident case… the legal energy and planning during the entire process was impressive. Neil Lewis, Plainsboro, NJ
★★★★★
Thank you from the bottom of our hearts for all the hard work you put into my accident case. We appreciate all of your effort and the great result. Ari Schvartz, Tel Aviv, Israel
★★★★★
Thank you for taking my car accident case and representing me. I am so proud and happy to say 'I have an attorney. Shary Sadowski, Ewing, NJ
View more
Submit a Law Firm Client Review